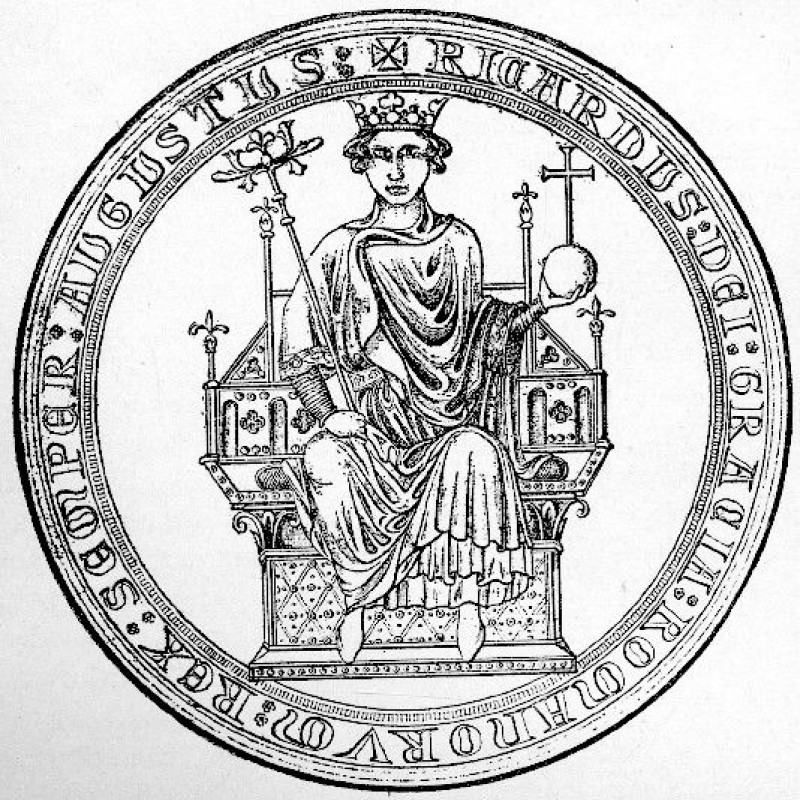 Richard, brother of Henry III, was created Earl of Cornwall in 1227. He acquired Wallingford and Berkhamsted in 1231 and carried out extensive repairs to the damage caused by the siege of 1216. In 1254 he added a three – storied tower and made further repairs after disturbances in 1263 and 1264. Richard’s coat of arms, as Earl of Cornwall, with 13 gold balls, is incorporated in Berkhamsted’s coat of arms.

In 1270 Richard and his son, Edmund brought back from Germany a phial said to contain the blood of Christ. When Edmund succeeded to the earldom he gave part of the blood to Hailes Abbey. The remainder he kept until he founded the College of Bonhommes at Ashridge in 1283.