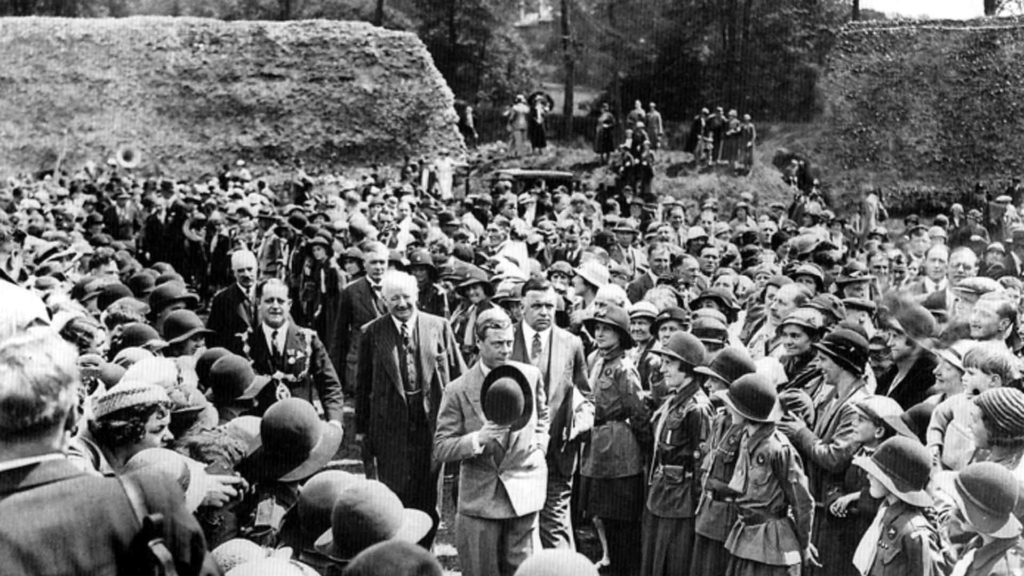 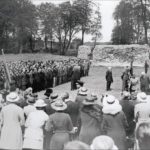 Play video
Video: 1935 film footage of the visit of the Prince of Wales to Berkhamsted Castle © BFI National Archive

On 13 June 1935, Berkhamsted was honoured with a royal visit by Edward, Prince of Wales, the future King Edward VIII. Among his other royal titles, Edward was also Duke of Cornwall, following in a long line of nobles going back to the time of Edward the Black Prince. He was the first Duke of Cornwall to see his Manor of Berkhamsted since Prince Charles  (later King Charles I) in 1616.

During his visit, Edward gave an address to 500 boys of Berkhamsted School, speaking in support of the OTC (Officers Training Corps) movement and denouncing the the “cranks” who criticised it. He then proceeded to visit the ruins of Berkhamsted Castle, once the residence of his royal predecessors.

From the Taunton Courier and Western Advertiser, 19 Jun 1935:

“We live in very interesting times now,” he said, “and it takes people of all ideas to make up a community. But it is always a mystery to me how certain people – I will even go so far as to call them cranks – feel that the only way they can express the feeling which all of us have of the abhorrence of war and of the appalling disaster to the world if another war occurred, is by discouraging, or, if they happen to be in authority, by prohibiting any form of healthy discipline and training. After all, you may say, ‘Don’t discipline boys at school,’ but, believe me, whatever walk of life you go into, you will have to submit to discipline. I can think of no better way of disciplining boys than by the healthy form of training given by the O.T.C. and the different corps in our schools throughout the country, of which all of us are very proud.”

Earlier in his speech to the boys he said: “Your head prefect has told me that he was relieved that he did not have to speak or address me in Latin. Well, I am neither relieved nor care at all, because I could not do it even if I tried, whereas he could.” (Laughter). [This was a reference to a former Prince of Wales, later to be Charles I, who made an official visit to the Manor of Berkhamsted and heard an address in Latin given at the Grammar School.]

Only 18 months after this visit, Edward was at the centre of a constitutional crisis due to his relationship with Wallis Simpson. After succeeding his father, George V, to the British throne, his planned marriage to the American divorcée was seen as incompatible with his royal duty. Edward VIII abdicated on 10 December 1936 and was replaced by his brother Albert (father of our present Queen), who reigned for just over 15 years as George VI.

Today, Edward is a controversial figure. His political views during the 1930s are not regarded well in modern times, but he is mostly remembered for his abdication of the throne for the woman he loved.

The cheering Berkhamsted crowds in 1935 could not have imagined the crisis that lay ahead – they only knew the excitement of welcoming their future king to the town. Hindsight is, perhaps, a wonderful thing.

Play video
Video: 1935 film footage of the visit of the Prince of Wales to Berkhamsted Castle © BFI National Archive