Home > History > Personalities of the Past > Biography: Cecily, Duchess of York 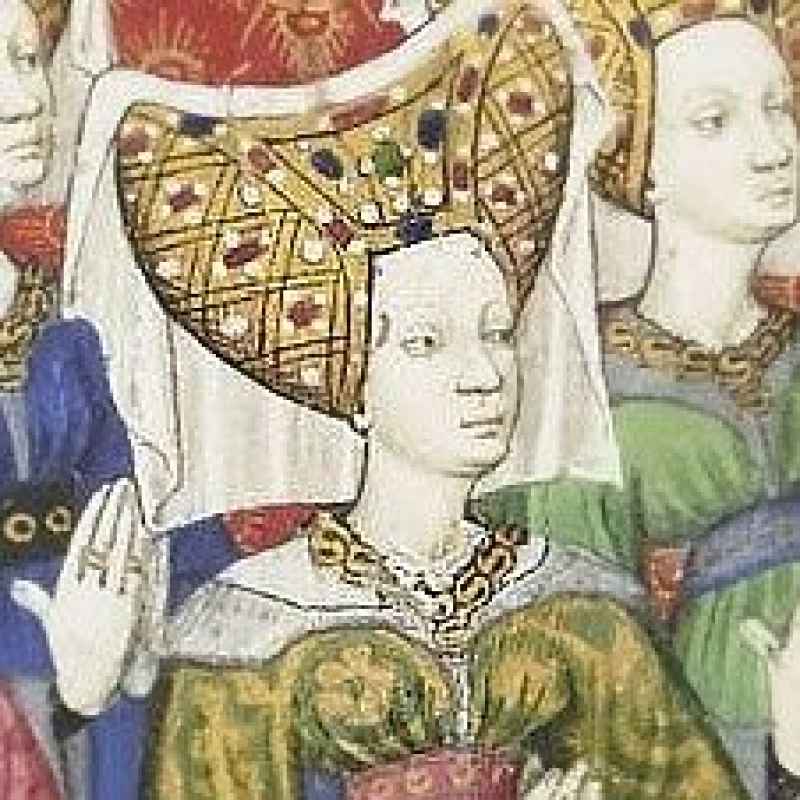 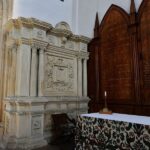 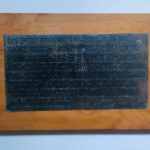 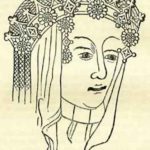 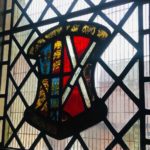 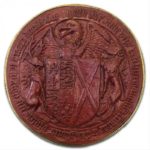 Berkhamsted Castle’s last noble resident was Cecily Duchess of York, mother of Edward IV and Richard III. Edward IV granted the castle and manor to her in 1469 and it became her principal home from 1471. By then she was 56 years old and had already led an exceptionally dramatic life.

Cecily was probably only nine at the time of her marriage to Richard Duke of York (who was himself just thirteen). York inherited huge wealth from his childless uncles and many considered him the rightful heir to Henry VI’s throne. Cecily accompanied York on his political business, including long stays in France and Ireland. She bore him twelve children, although five of these died young.

In 1459, her husband and eldest sons rebelled against the king and then fled into exile leaving Cecily penniless, but she persuaded Henry VI that she and her younger children should still be allowed some of the revenues from York’s land. When York returned the following year to try to claim the throne, Cecily joined him on his triumphal journey into London, only for the lords in parliament to refuse his claim. In December 1460 her husband and her son Edmund were killed at the Battle of Wakefield, so Cecily sent her younger children into hiding, first in London, and then in Utrecht. She remained in London to support her eldest son, Edward, and when he became king in April 1461, some observers believed that Cecily could ‘rule the king as she pleases’.

For the first three and a half years of Edward’s reign, Cecily often fulfilled the roles expected of a queen. After Edward’s marriage, she took a slightly less public role, as was expected of royal mothers, but she ensured no one forgot her own claims to queenship by adopting the title ‘Cecily, wife of the true heir of England and France and lord of Ireland, mother of King Edward IV, duchess of York’.

On 4 March 1469 Edward IV granted Berkhamsted to his mother as financial compensation for her castle at Fotheringhay which she had not used since her husband’s death. At the time she may not have planned to move to Berkhamsted, but that summer her younger son, George duke of Clarence, and her nephew, Richard earl of Warwick, launched the first of a series of rebellions against Edward IV. Cecily remained in London, trying to make peace, even when Henry VI was briefly restored as king. It may well have been these traumatic years that persuaded Cecily to seek a more peaceful lodging away from the capital once Edward IV was securely back on his throne.

The arrival of her large household as a permanent arrangement at Berkhamsted had a significant social and financial impact. Men and women from the town joined her service, such as Robert Incent who became her secretary and whose memorial brass can still be seen in St Peter’s Church in Berkhamsted. It could have been Incent who wrote out the regulations for managing her household which were still being copied as guides for royal households in James I’s day. These rules described her daily routine which began at 7 with prayers and mass in her chamber before breakfast and then more masses in her richly furnished chapel. Over dinner, at 11 am,  one of the household read aloud from saints’ lives or other ‘holy matter’. Then she turned to business matters – as a widow she had full legal responsibility for her estates and she owned property in twenty counties so her annual income was almost £2 million in today’s money. Most of that was spent on wages and maintaining properties, but it also paid for her impressive jewel collection as well as tapestries that she later bequeathed to the future Henry VIII, her grandson.

Cecily seems to have stayed at Berkhamsted when trouble struck her dynasty once more: in 1483 Edward IV died, leaving the throne to his twelve-year-old son, Edward V. Within weeks Edward V and his siblings had been declared illegitimate and Cecily’s youngest son became king instead: Richard III. Richard visited her at Berkhamsted in May 1485, just two months before his own violent end at the Battle of Bosworth. The new king, Henry VII, married Edward IV’s eldest daughter, prompting Cecily to adopt a new title: ‘grandmother of the queen of England, duchess of York’. Cecily was quick to build good relations with Henry VII, appointing men he favoured to offices on her estates. These included the Verney brothers, Ralph and John, whom she appointed successively to the posts of steward and park keeper at Berkhamsted. When she died in May 1495 she bequeathed one of the many rich vestments from her chapel to Berkhamsted Church – an embroidered cope (cloak) of blue baudekin (silk woven with gold thread). She also left a purple cloth of gold altar frontal and two books to John More who was one of the men she had appointed rector of Berkhamsted in her years as the church’s patron. She was buried at Fotheringhay with her husband and some of their children. 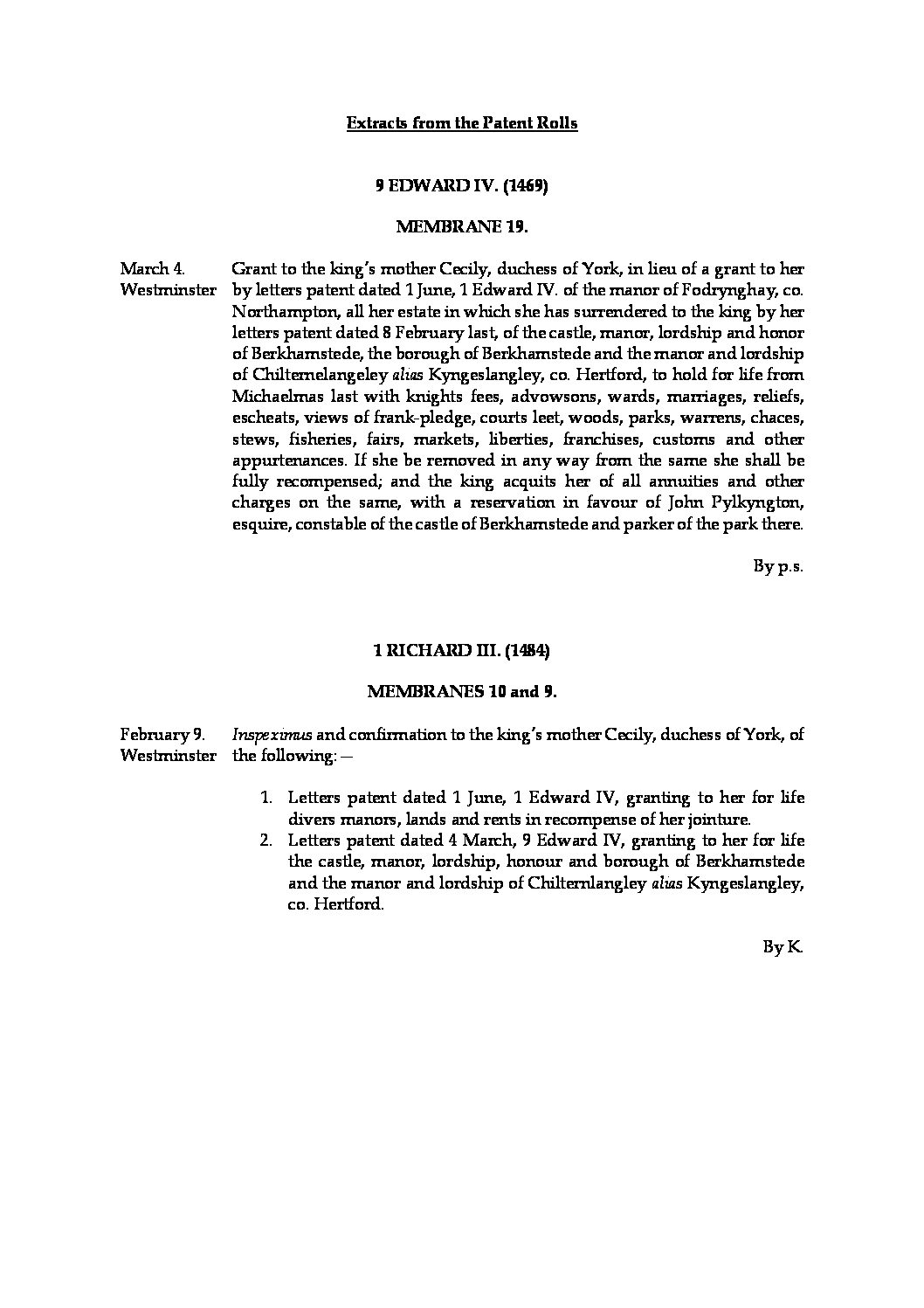 Extracts from the Patent Rolls 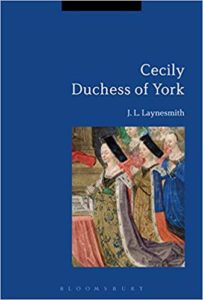 This is the first scholarly biography of Cecily Neville, duchess of York, the mother of Edward IV and Richard III. J. L. Laynesmith draws on a wealth of rarely considered sources to construct a fresh and revealing portrait of a remarkable woman, the only major protagonist to live right through the Wars of the Roses.