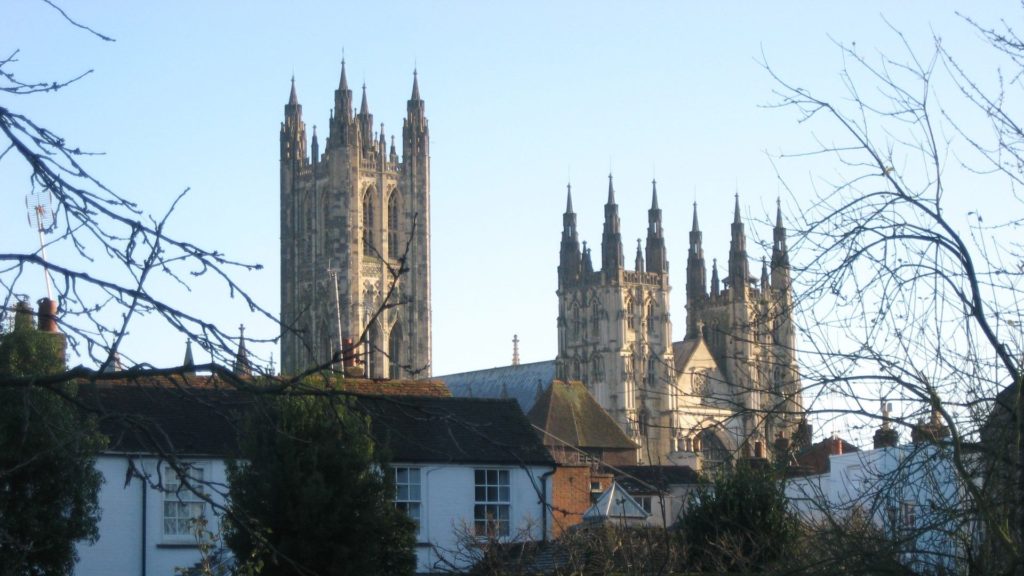 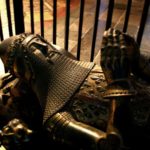 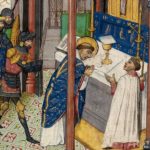 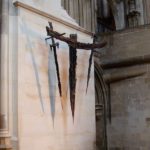 Canterbury Cathedral, the centre of the Church of England, was founded in 597, and was completely rebuilt by the Normans between 1070 and 1077.

A priest called Stigand was Archbishop of Canterbury at the time of the Norman Invasion. In December 1066 he submitted to William the Conqueror at Wallingford in Oxfordshire, shortly before William’s arrival at Berkhamsted. After Stigand was deposed, a Norman archbishop was installed.

First, and most notably in the history of Canterbury, is Thomas Becket. In 1155 he was appointed by King Henry II as Lord Chancellor of England. At this time, Berkhamsted Castle was administered by the Chancellor, and Thomas made significant additions to the castle, constructing king’s houses on the motte and a chamber within the bailey. In 1162, Becket was invested as Archbishop of Canterbury. Famously remembered as the “turbulent priest”, Becket was in constant conflict with the king, and in 1170, Becket was murdered in Canterbury Cathedral by four knights. His death was regarded as a martyrdom, and in 1173 he was canonised by Pope Alexander III. A cult grew around Saint Thomas à Becket and his remains at Canterbury were venerated by many pilgrims. In 1220, the Trinity Chapel was built at the east end of the cathedral to house a shrine to St Thomas. Becket’s shrine was destroyed in 1541 on the orders of Henry VIII and the relics were lost. Today, a modern altar and sculpture marks the spot where Thomas was murdered.

Edward the Black Prince is one of the most important people in the history of Berkhamsted Castle.  As the first Duke of Cornwall, he established the castle as the centre of the Duchy of Cornwall in 1337.  He also fought at the battles of Crécy (1346) and Poitiers (1356). Edward died of illness at the Palace of Westminster in 1376 and was buried in Canterbury Cathedral on 29 September, His opulent chest tomb lies in the Trinity Chapel, near Becket’s remains, and is topped with a recumbent bronze effigy of Edward in full battle armour, surrounded by his heraldic achievements.

The Tomb of Edward the Black Prince