1066: The Norman Conquest
The Anglo-Saxons surrender at Berkhamsted 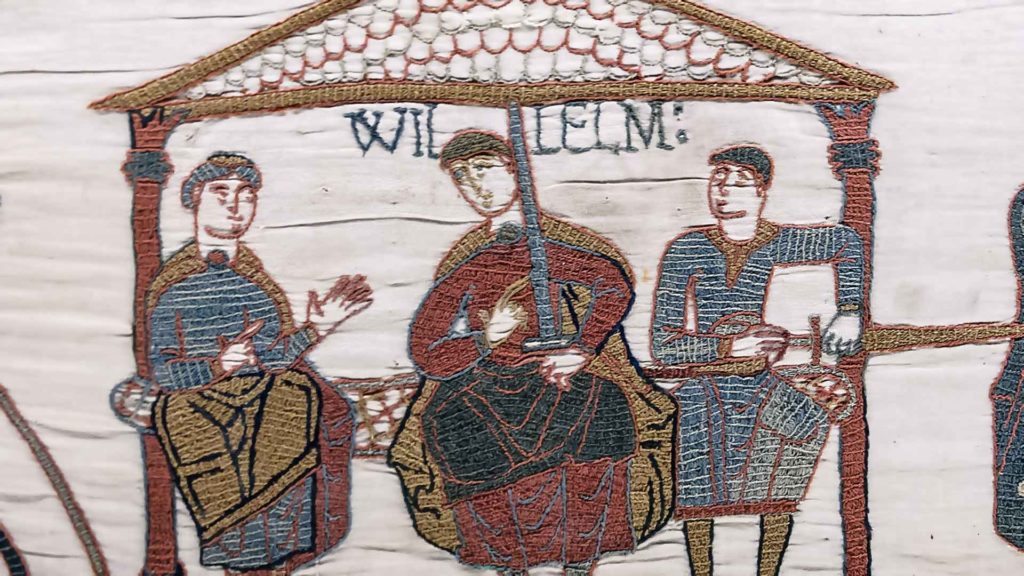 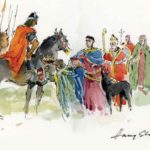 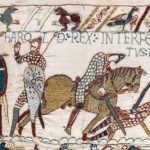 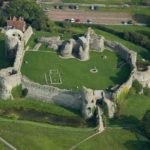 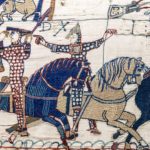 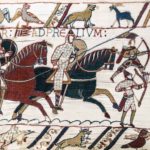 Play video
Video: discover how evidence of the Norman Conquest can be found all around us, in our landscape, our buildings and our language. 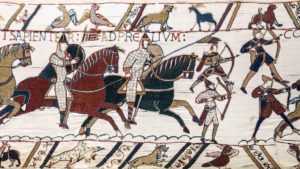 The Norman Conquest of England in 1066 is one of the most widely recognised events in history, and a development that had a profound impact on the evolution of England and of Great Britain.

After the death of Edward the Confessor in January 1066, Harold Godwinson (Edward’s brother-in-law) was crowned King of England. Edward’s first cousin once removed, William, Duke of Normandy was a contender to the throne of England, and decided to take England by force.

William spent the summer of 1066 amassing a large fleet and an army. In September 1066, William’s forces landed in England at Pevensey Bay in Sussex. King Harold and his army were already engaged in battle at Fulford near York, repelling an invasion by another rival to the throne, Harald Hardrada of Norway on 20 September 1066.  Now Harold had to march his army 241 miles (386 km) to face William on the south coast.

Harold established his army in hastily built earthworks near Hastings. On 14 October 1066, the two armies clashed at Senlac Hill (near the present town of Battle) in a long and bloody conflict known today as the Battle of Hastings. After nine hours of hard fighting, Harold was killed and his forces defeated.

William marched on London and tried unsuccessfully to take the city. He then marched his forces around the Kent coast and up to the Chiltern Hills in order to attack London from the north. It was on this route that he accepted the surrender of the Saxon establishment. Stigand, the Archbishop of Canterbury, submitted to William at Wallingford in Oxfordshire, and at Berkhamsted Ealdred, Archbishop of York surrendered.

Berkhamsted was situated on an important route between London and the Midlands, and the Normans considered it to be a strategically important place for advancing their domination of the land. William ordered this half-brother, Robert of Mortain, to build a castle here, establishing Berkhamsted as a base of regal and military power for several centuries.

After Berkhamsted, William went on to take London. He was crowned king at Westminster Abbey on Christmas Day 1066.

The Norman Conquest of England changed English society permanently and changed the way in which English politics worked. William replaced Anglo-Saxon lords and clergy with loyal Norman aristocracy, and the language of officialdom changed from Old English to Anglo-Norman French. The English language we speak today is a result of 1066, a mixture of Old English and French. The Norman influence was also seen in the landscape and in architecture. At William’s command, Norman castles such as Berkhamsted were built across the country. England was changed forever.

Play video
Video: discover how evidence of the Norman Conquest can be found all around us, in our landscape, our buildings and our language.