1346: The Battle of Crécy
How Berkhamsted’s Bowmen decided the Hundred Years’ War 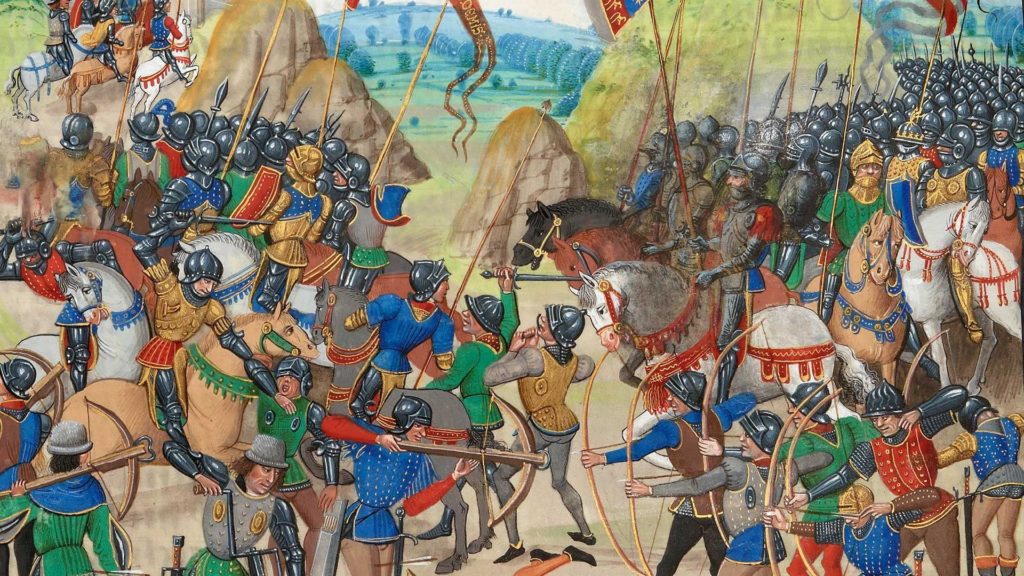 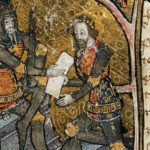 Play video
Video: why Did the English Win the Battle of Crécy?

In the early 14th century, France was under a dynastic crisis. Under Salic law (the ancient French legal code), succession to the throne of France was only permitted through a line of male inheritance. Unlike in England, royal inheritance could not be passed to a woman.

Charles IV of France died without male issue in 1328. His nearest male relative was his nephew, Edward III of England. However, Edward’s French lineage was through his mother, Queen Isabella, the sister of Charles IV and queen consort of Edward II. The question arose: could Isabella transmit a right to inherit that she did not herself possess? In 1329, Charles’s cousin was crowned Philip VI of France, and Edward was excluded. At first, Edward III of England appeared to accept this ruling and paid homage to Philip, but in 1340 he laid claim to the French throne and formally assumed the title “King of France and the French Royal Arms”, a claim that was retained in the titles of English (and later British) monarchs until 1800, after the French Revolution.

Edward’s claim to the French throne set in motion the Hundred Years’ War, a brutal European conflict that would outlast Edward and several of his successors.

The Battle of Crécy was the first major battle fought by England and France in the Hundred Years’ War, and the first of three famous English victories during the conflict (followed by Poitiers in 1356 and Agincourt in 1415). It was fought on 26 August 1346 in a field near the town of Crécy-en-Ponthieu, just south of Calais. Edward’s army consisted of English, Welsh and other allied mercenary soldiers, commanded by Edward the Black Prince, the landholder of Berkhamsted Castle.

Crécy was a significant moment in northern European history, strengthening England’s position in the region. It resulted in Calais being captured by the English rule and becoming an exclave of England, the Pale of Calais, for over 200 years.

A decisive factor in the English victory was the introduction of a new weapon onto the Western European battlefield: the English longbow. Until this time, the favoured weapon in European warfare was the crossbow, a powerful piece of technology that could fire arrows with more power than a traditional bow. However, crossbows were cumbersome and took time to load, and the longbow proved itself superior due to the fact that infantrymen could reload it very quickly. After Crécy, the longbow became the dominant weapon on the Western European battlefield for several centuries.

Berkhamsted had become a centre of archery during the residency of Edward the Black Prince. It is reasonable to suppose that local men were engaged in the making and repairing of bows and arrows for mililtary use, and that they may have followed the Black Prince into battle at Crécy. The Berkhamsted Bowmen thus had a special association with the Battle of Crécy and probably played a vital role in a battle that changed the future of Western Europe.

Play video
Video: why Did the English Win the Battle of Crécy?