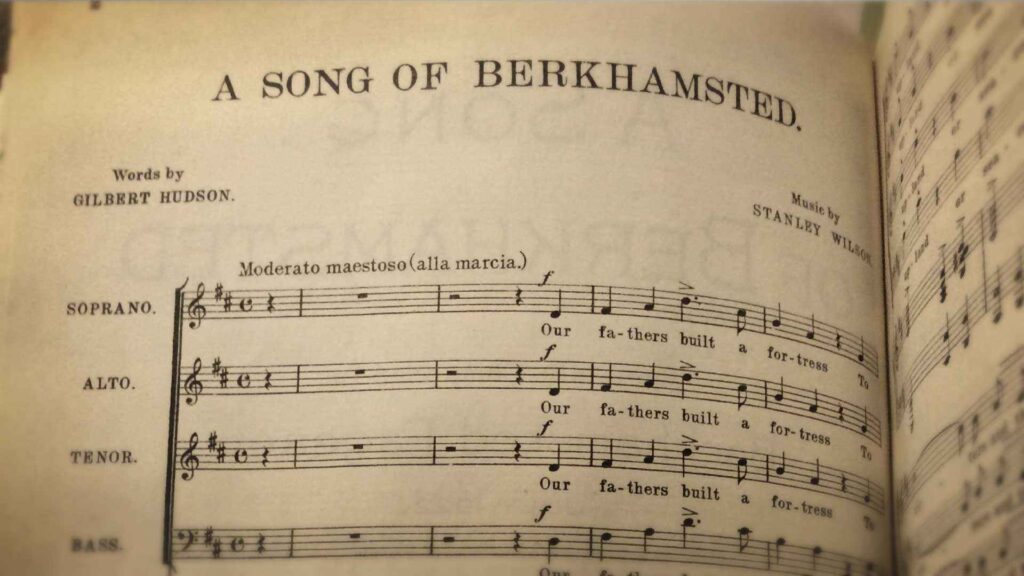 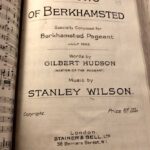 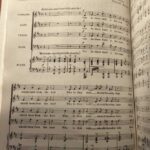 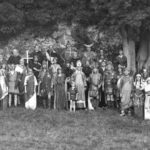 Object:
A Song of Berkhamsted
1922

A Song of Berkhamsted is a short choral piece, specially written in 1922 for the Pageant Play at Berkhamsted Castle, when the town celebrated the 700th Anniversary of St Peter’s Church.

The words were written by Gilbert Hudson and set to music by Stanley Wilson (1899-1953) . Hudson was the Pageant Master of the 1922 event. Wilson was a Berkhamsted-born composer who studied under Charles Villiers Stanford and Adrian Boult at the Royal College of Music.

In the pageant, parishioners dressed up in historical costumes and put on a play, telling the story of Berkhamsted’s history, presented in 10 episodes.

Our fathers built a fortress
To shield them from the host,
Who to this vale should threaten bale
From upland or sea-coast.

The victors and the vanquished
They sleep in equal clay,
And to the works of both alike
Co-heirs are we today.

Our fathers built a fortress
‘Gainst that immortal foe,
Who to this hour his unseen power
Arrays to work us woe.

A church unto the Lord of hosts
They built and lo! It stands
Foreshowing to the eye of faith
The house not made with hands.

So both to church and castle
The birth and growth we trace
Of Berkhamsted whose name is read
“A fortified home place.”

O make we this our heritage
With heart and hand and tongue
A stronghold of kind neighbourship
And theme of thankful song.

Special thanks to Janice Boakes and the BLHMS for providing this information, 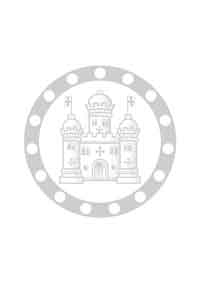 A Song of Berkhamsted