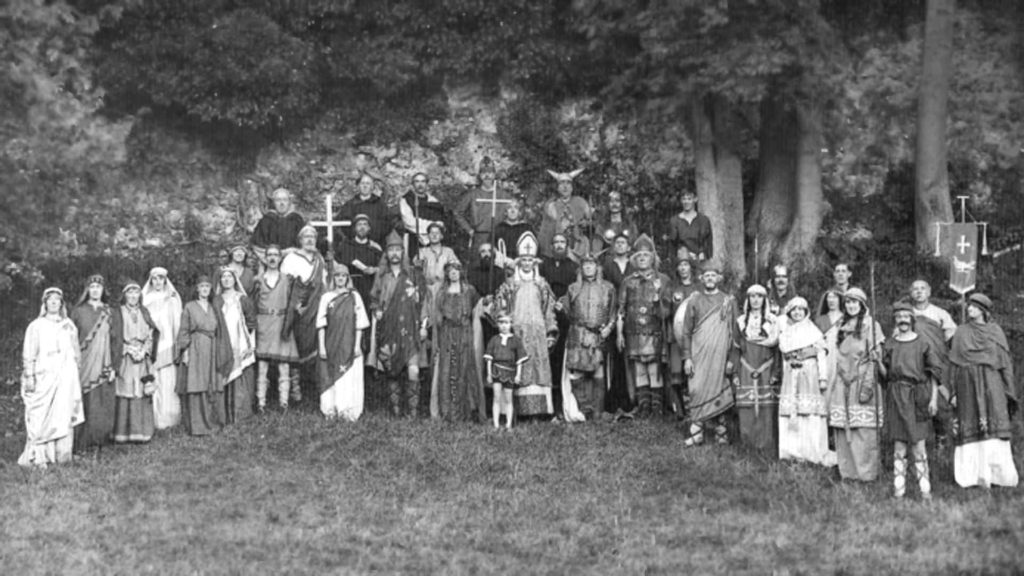 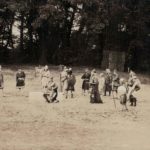 In the early 20th century. historical pageants became a popular form of public entertainment and a way for local communities to engage with their heritage. They usually took the form of a procession or ceremony in elaborate costume with a historical narrative, and dramatic re-enactments of scenes from history.

In July 1922 the first Berkhamsted Pageant was held in the castle grounds to commemorate the 700th anniversary of the consecration of St Peter’s Church. Parishioners dressed up in historical costumes and put on a play, telling the story of Berkhamsted’s history, presented in 10 episodes, and concluding with an epilogue with the local poet William Cowper.

The pageant was performed daily from Wednesday 5 to Saturday 8 July 1922. It rained during every performance except one. A short choral piece was specially composed for the pageant by Gilbert Hudson and Stanley Wilson, entitled simply A Song of Berkhamsted.

The full 1922 programme and lists of contributors have been archived by Laura Carter on The Redress of the Past website.