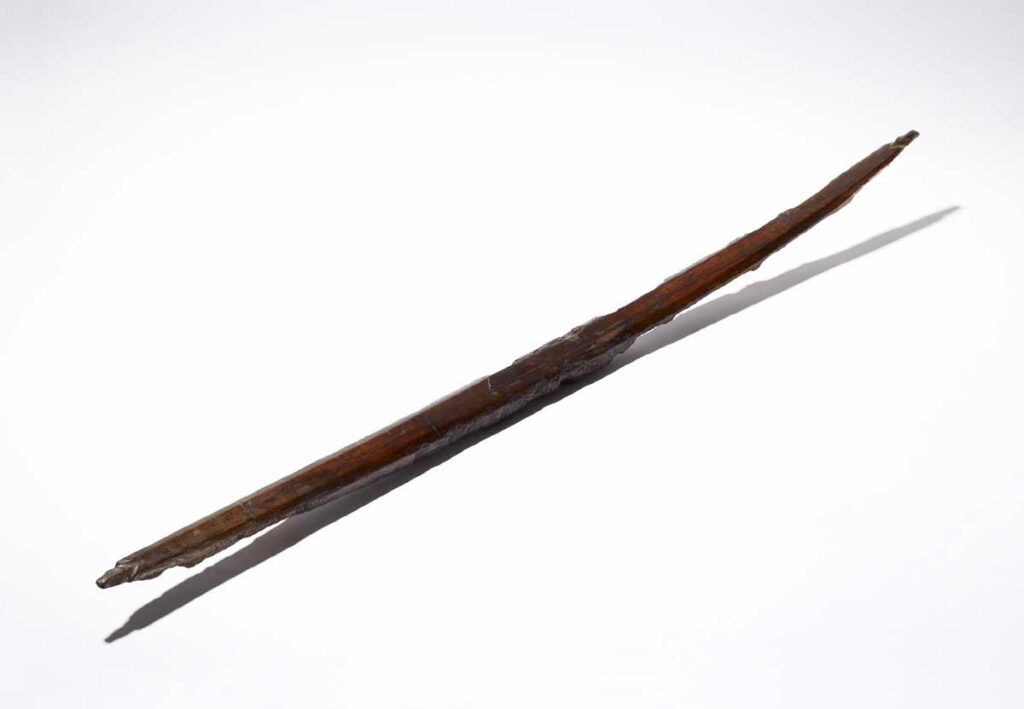 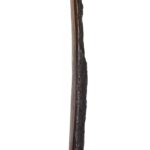 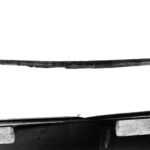 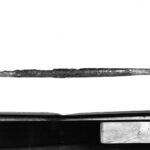 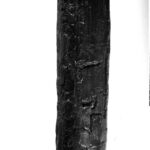 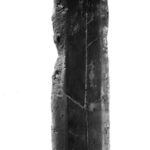 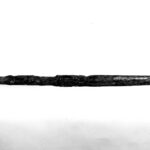 Play video
Video: Demo of a late 12th century crossbow replica made from wood (maple). The bow is based on the dimensions of the Berkhamsted Castle find (the original made from yew).. In German with English subtitles

During the winter of 1930-1931, the Office of Works, which had newly taken over the guardianship of Berkhamsted Castle from the Duchy of Cornwall, began a programme of renovation work on the Castle. The project included clearing the many trees that had grown in the ruins, digging in the bailey, and restoring the moats and filling them with water.

Whilst digging in the moats, a crossbow stave was discovered buried in the mud of the inner eastern ditch. It is thought to date from the siege of 1216, when the army of Prince Louis of France surrounded the Castle for two weeks.

The crossbow was a common weapon used in the 13th century during the Barons’ Wars. In contemporary illustrations by the English chronicler Matthew Paris, we see crossbows wielded in defence of Lincoln Castle at the Second Battle of Lincoln in 1217.

The surviving part of the Berkhamsted crossbow is the wooden stave – the part of the mechanism which would have held the bow strings in tension. The inner surface is well preserved with V-shaped notches for the strings at each end; the outer surface has rotted. It is 122.5cm long and weighs 850g,.

From 1976 to 1995 the Berkhamsted crossbow was on display in the Royal Armouries at the Tower of London. The crossbow is now held in the collection of the British Museum in London, but it is not on display.

Timeline
Berkhamsted Castle Siege
Guardianship of the Office of Works

Play video
Video: Demo of a late 12th century crossbow replica made from wood (maple). The bow is based on the dimensions of the Berkhamsted Castle find (the original made from yew).. In German with English subtitles