Home > History > Personalities of the Past > Biography: Waleran Teutonicus 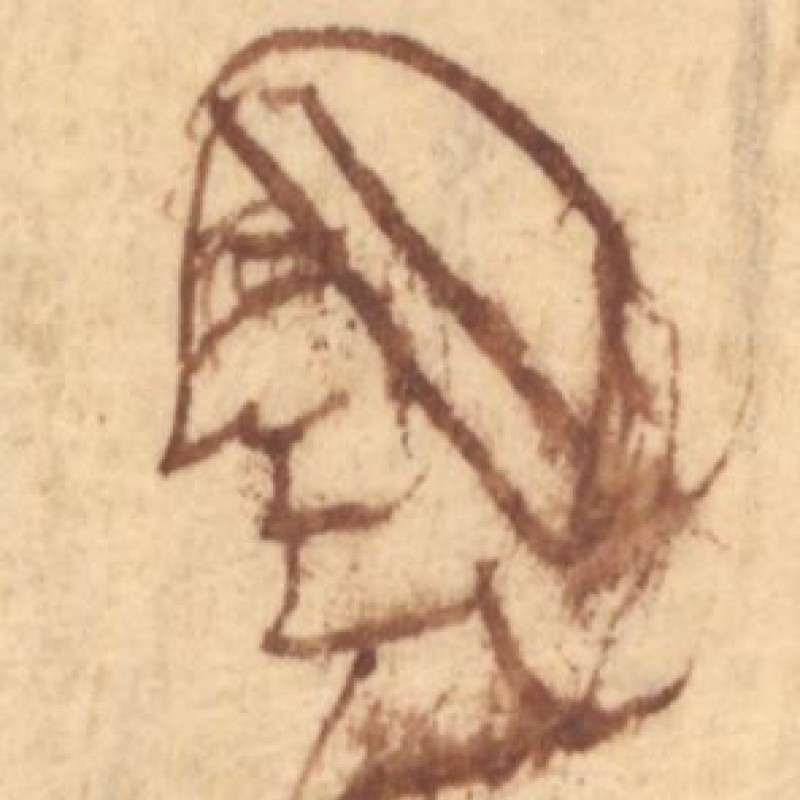 At the start of his reign, King John ruled a realm which included vast swathes of France and, in particular, Normandy, Poitou and Touraine.  So it is not surprising that he used men in England who had proved themselves in administering or fighting for him in his lands across the Channel. However, in addition he also used a family of Germans who were known in English records as The German, in Latin as Teutonicus or in Norman-French as le Tyes or Tyeys.  They may have been encouraged to come to England through the good offices of John’s nephew, Otto IV of Saxony, who had been one of two men claiming to be King of Germany from 1198 and was the Holy Roman Emperor from 1209 until 1215.  Otto had grown up in England.  These Germans were noted throughout John’s rule of England but were not the subject of the hostility that focussed on his men from Normandy and Touraine who were specifically mentioned in chapter 50 of Magna Carta which sought their removal from office.

Whilst the Teutonicus family established lines of major landholders in Cornwall, Wiltshire and Oxfordshire as well as in Yorkshire, the most prominent member of the first generation was Waleran who was given eight manors in Cornwall and two in Lincolnshire by King John.  The income from these holdings funded his service to the King.

Waleran fully earned his royal rewards when acting as the constable of Berkhamsted castle, may be originally as deputy for Terricus, his brother, father or uncle.   In 1216, the castle was besieged by the forces of Louis, the son of Philip II of France, who had invaded England with the backing of the English barons following King John’s reneging on the settlement reached at the granting of Magna Carta.  King John died on the night of 19/20 October 1216 and was succeeded by the eight year old Henry III.  Prince Louis successfully besieged Hertford Castle before attacking Berkhamsted on 6 December 1216.

The contemporary chronicler, Roger of Wendover, who was based at St Albans abbey, only a dozen miles from Berkhamsted, described the siege as follows:

“After reducing the castle of Hertford, Louis marched on St Nicholas’s day (6 December) to the castle of Berkhamsted and surrounded it with his engines of war. Whilst the English barons, after pitching their tents, were employed in setting them in order, the knights and soldiers of the garrison made a sally, seized the baggage and conveyances of the barons and gained possession of the standard of William de Mandeville, with which they returned to the castle, regretting that they could do no further injury to them.  On the same day, whilst the barons were sitting at table, the knights and soldiers of the garrison again made a sally, and, in order to put the barons in confusion, they carried before them the standard which they had taken a short time before, and thought to come on them unawares, but the latter were forewarned of this, and drove them back to the castle.  When the following day dawned Louis ordered  the petrarie (stone-throwing machines) and other engines of war to be erected around the city, which being done, they kept up a destructive shower of stones: but Waleran, a German, well tried in warfare, made a brave resistance against them and caused great slaughter amongst the excommunicated French.  However, at last the aforesaid Waleran, after a protracted siege, by command of the King surrendered the castle to Louis, saving their horses and arms on the 20 December”.

The order to surrender must have come from the King’s guardian, William Marshal, rather than the boy King.  It is possible that there was a general truce in the war agreed by Marshal, and the surrender of Berkhamsted was a concession made to Prince Louis in return for this.

Both Waleran and his brother, Terricus, were close to the Queen, Isabella of Angoulême, and, when the widowed queen left her children and returned to Angoulême in 1217, they accompanied her.

Waleran’s reputation must have been enhanced by his performance at Berkhamsted as, for the rest of his life, he was entrusted with a variety of important administrative/military posts often involving the custody of castles.  Thus, in 1224, when the Norman Falkes de Bréauté was defeated after a rebellion, the minority government of the boy king, Henry III, appointed Waleran to have the custody of Falkes’ under-age step-son’s lands which included the honour and castle of Christchurch in Hampshire and the governance of the Isle of Wight including the castellany of Carisbrooke castle.  Meanwhile, back in 1220, as Constable of Berkhamsted, he was accused of seizing lands owned by Robert FitzThurgis.  Waleran was replaced on the Isle of Wight in 1227.  In this year he had a major dispute with the King’s brother, Richard Earl of Cornwall, over a Cornish manor.  It reflects well on Waleran that the King supported him against his forceful brother.  Waleran served the King on missions abroad in 1226 and 1227.

For a brief time, in 1231, Waleran was constable of the important castle of Windsor but he was soon moved as he was sent to Ireland.  Richard, the son of the King’s great first minister, William Marshal, had rebelled and so Waleran was ordered to take custody of all nine castles that Richard held in Ireland.  In 1234, Waleran was summoned for military service against France but was soon appointed to hold the Three Castles.  These were Grosmont, Skenfrith and White and controlled the southern end of the Welsh March and had been in the hands of the King’s chief minister, Hubert de Burgh, who was now in disgrace.  But Burgh recovered his position and the castles were surrendered back to him for a while but Hubert’s influence declined again and Waleran was restored to his position in the March by 1240.  In addition to the constableship of the Three Castles, Waleran was at one time or another, a justice and escheator in Wales and the March and he was responsible for Builth, Chepstow, Usk, Caerleon and Goodrich castles.  (The last four were owned by the Marshal family, the heirs of which were minors).  In a similar way, he is recorded as holding all the castles of the powerful Mortimer family and the FitzHerbert castle of Bwlch-y-Dinas, as well as being Sheriff and Constable of Hereford.

At some time in Waleran’s career, he must have served in a senior position in Gascony.  In 1252, when the Gascons complained about the harsh governance of Simon de Montfort, they contrasted him with the seneschal, Henry de Turberville, and with “Waleran the German, a discreet and prudent man”.  It is possible that this should have referred to Robert Walerand, who was Seneschal of Gascony in 1252 but this was after Montfort’s period in office.

Waleran’s long service in the March came to an end in 1254 when the Three Castles were granted to the Lord Edward, the future Edward I.  By June 1257 Waleran was dead.

Sometime before 1223, Waleran married Sybil de Huntingfield.  She had been married twice before.  Her former husbands were Robert de Barentyn and Walter de Trailly who had died before 1220.  Sybil died in 1251 and her lands passed to her grandson, John de Trailly.  As Sybil was a twice-widowed woman, it is no surprise that she had no known children by Waleran and, unlike his brothers, he did not found a line.