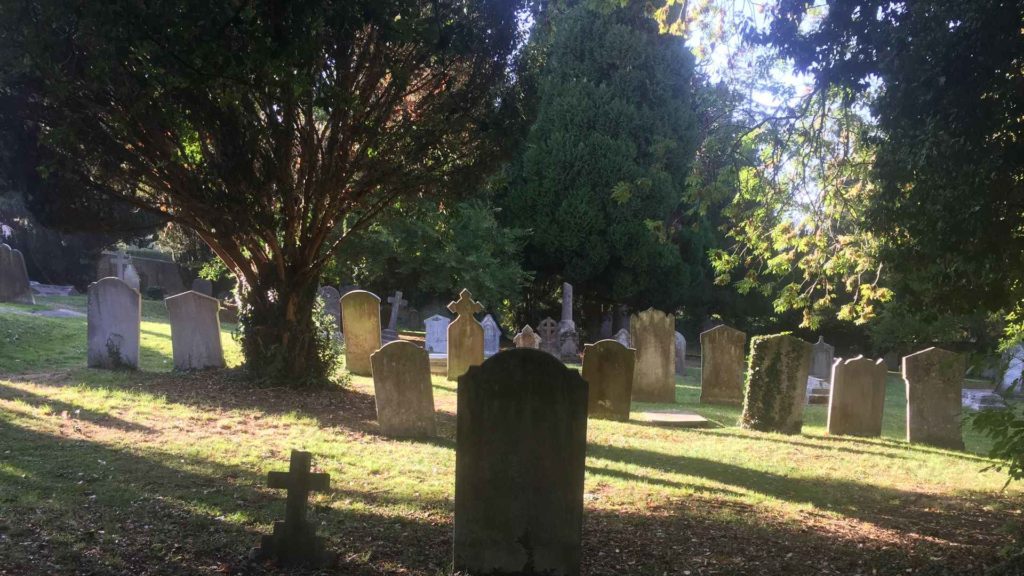 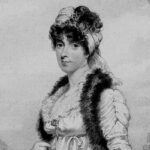 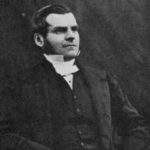 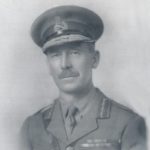 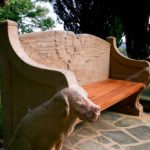 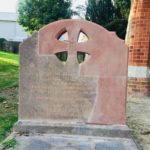 Rectory Lane Cemetery is a detached burial ground for St Peter’s Parish Church. Tucked away behind the Rex Cinema on Berkhamsted High Street, it was opened in 1842 to accommodate burials when the churchyard had filled to capacity. Although this is a Victorian cemetery, some noted local figures are buried here who had connections with Berkhamsted Castle.

The cemetery was founded after a donation of from land to the church from Charlotte Catherine Anne, Countess of Bridgewater and widow of John Egerton, 7th Earl of Bridgewater. The Countess lived at Ashridge and was a generous benefactor, carrying out a number of benevolent activities to improve education of local children and the welfare of the poor. In 1841 she ordered a Soup House should ’be built and fitted up for the use of the charity at the building in the Old Castle’ to support unemployed people during harsh winters, when work on the land was not possible. It appears from recent research that the Countess of Bridgewater’s Soup House was located in the present Visitor Room at the Castle. It is not clear how long the Soup House remained in existence but there are references to the charity until the late 1890s.

The grave of Rev John Wolstenholme Cobb (1829–1883) is found here, a local clergyman and historian. Cobb served as curate to St Peter’s Church and later became its rector in 1871. He became intensely interested in the history of his adopted town and carried out extensive research, giving informative lectures to the Institute on the history of Berkhamsted. These lectures were published in 1855  as The History and Antiquities of Berkhamsted. Cobb’s book has provided us with a depth of understanding of Berkhamsted Castle which has hardly been surpassed since, and it is still widely respected today as a reliable historical source. Cobb remained at St Peter’s until his death in 1883, and he was buried in Rectory Lane Cemetery.

Also interred here are Richard Mildmay Foot (1865–1933) and his wife, Lucy Anne (1876–1946). In 1924, they purchased the land next to the Castle from the trustees of Lord Brownlow’s estate to protect it from development and to use as pasture for their animals. In an era when the town was expanding rapidly and tracts of land were being sold off by the country estate owners, the Foots’ acquisition was instrumental in safeguarding the Berkhamsted Castle site from development. Richard Mildmay Foot bred Irish Setters, and when he died in 1933, Lucy Anne erected a memorial bench next to his grave in Rectory Lane Cemetery, with the two arms sculpted in the form of a pair of Irish Setters.