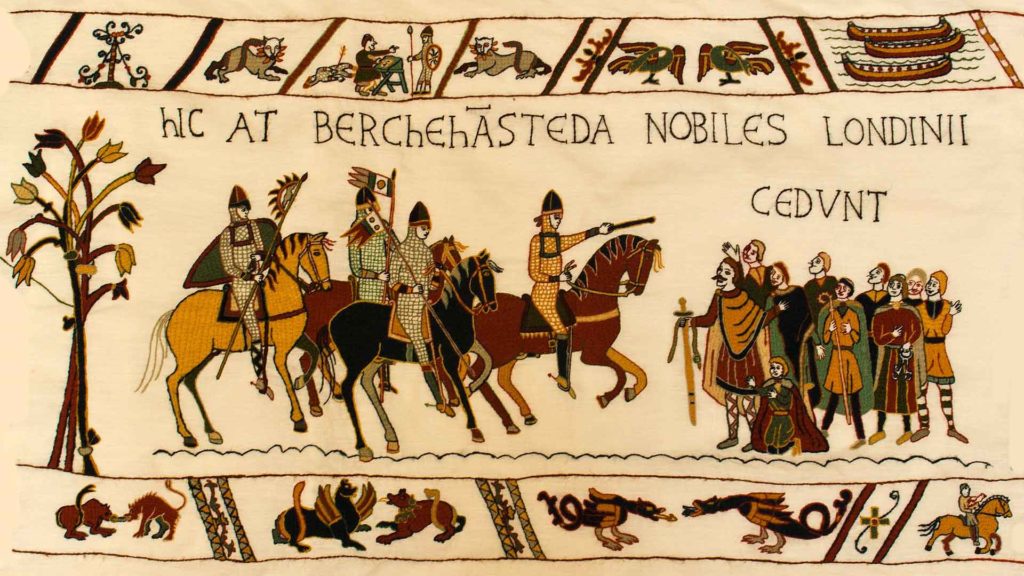 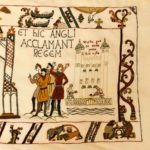 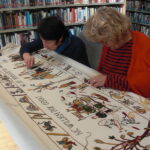 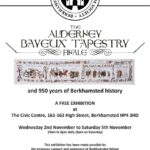 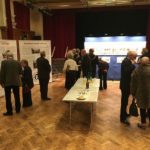 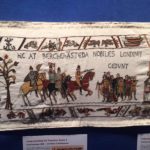 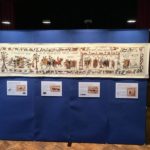 In 2013, an ambitious project to re-create the “missing scenes” from the world-famous Bayeux Tapestry was completed. In 2016 it was put on display in Berkhamsted as part of the celebrations of the 950th anniversary of the Norman Conquest,

The original Bayeux Tapestry was created around the 1070s. It is nearly 70 metres (230 ft) long and tells the story of the Norman Invasion of England in 70 finely embroidered scenes. However, the story ends abruptly with the death of King Harold at the Battle of Hastings. It is possible that part of the tapestry may have been lost. Nobody really knows what this missing part may have shown.

In 1997, the embroidery artist Jan Messent created a reconstruction showing William accepting the surrender of English nobles at Berkhamsted. In 2012, a community project on the Island of Alderney in the Channel Islands began work on an embroidered reproduction of the “missing” Bayeux Tapestry scenes, inspired by Messent’s work . The extended scenes include the surrender of the Saxon nobles at Berchehasteda (Berkhamsted) and the coronation of William at Westminster Abbey, The Alderney Tapestry Finale was completed in In February 2013, and it was viewed with great interest by the Prince of Wales and the Duchess of Cornwall on a visit to Alderney.

Since its completion, the Alderney Tapestry has been displayed at museums and galleries internationally. In 2016, to mark the 950th anniversary of the Norman Conquest, the Alderney Tapestry was exhibited at locations around the UK and the Channel Islands, including Battle near Hastings, Guernsey, Jersey and Berkhamsted.

From 2-5 November 2016, we were privileged to display the Alderney Tapestry in Berkhamsted Civic Centre, and from 7-11 November in the Old Hall at Berkhamsted School, an event that attracted hundreds of visitors and reminded us once again of our fascinating history.

We are grateful to the Alderney Bayeux Tapestry Finale for their permission to include photographs of the tapestry here.