Home > History > Personalities of the Past > Biography: Robert, Count of Mortain 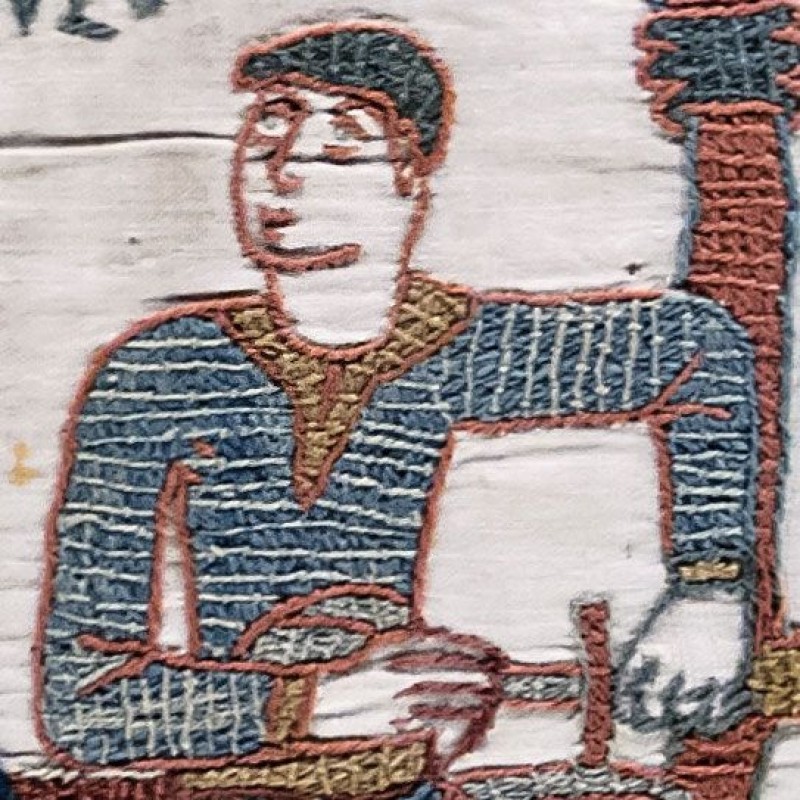 Robert, Count of Mortain, 2nd Earl of Cornwall was a Norman nobleman and the half-brother (on his mother’s side) of King William I  (William the Conqueror).

Robert was one of only a few figures known to have fought at the Battle of Hastings in 1066. He appears on the Bayeux Tapestry, pictured at a dinner at Pevensey with his brothers William and Odo on the day of the landing in England. He was recorded in the Domesday Book of 1086 was one of the greatest landholders in William’s new Kingdom of England.

Shortly after the Saxon nobility surrendered to William at Berkhamsted, Robert set about building a strongly fortified castle here. It was a typical Norman motte and bailey castle with a tower or keep built on an earthen mound surrounded by a defensive enclosure. The castle was constructed at the bottom of a dry valley where there were springs to fill the moats. The first castle was a timber structure.