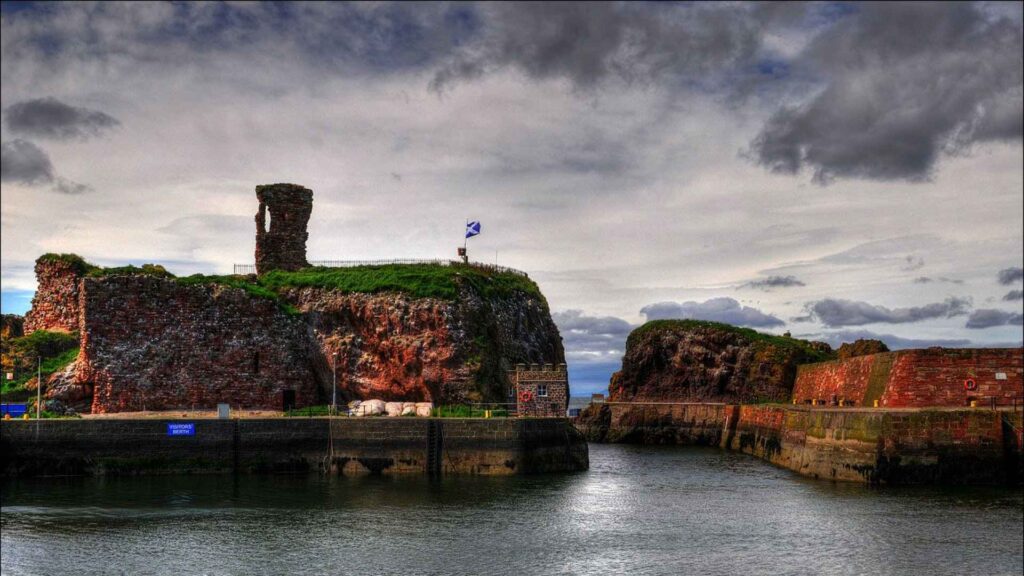 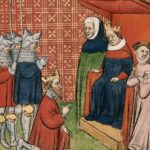 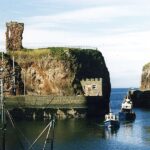 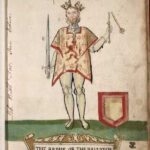 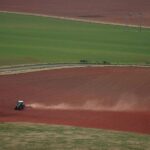 The picturesque harbour town of Dunbar in East Lothian is one of the most historically important sites in southern Scotland. The small town is dominated by the ruins of Dunbar Castle, an ancient fortress that became strategically important due to its proximity to the Firth of Forth and the English-Scottish border.

On 27 April 1296, in a field 2 miles (3km) south of here, English and Scottish forces fought at the Battle of Dunbar. King Edward I of England had invaded Scotland to punish King John Balliol for his refusal to support English military action in France.

After the sack of Berwick-upon-Tweed, Edward targeted Dunbar. Scottish knights were being allowed to occupy the Earl of March’s castle there, and English forces advanced.

John Balliol, King of Scots sent his army to their defence, though he was notably absent from the battlefield. The Battle of Dunbar was a disaster for the Scots; lacking a strong commander, the disorganised Scots were quickly defeated. Survivors of the battle fled into Ettrick Forest.

The following day King Edward appeared in person and Dunbar castle surrendered. Many Scottish lords, knights and men-at-arms were taken prisoner, and at the order of Edward on 16 May 1296, they were transported south to be incarcerated in English castles.

Sent to Berkhamsted Castle were the Scottish knights John of Glenurquhart, William de Haya and Walter of Berkeley, together with three esquires: James of Menteith, Luke son of Donald of Lennox and John of Cluny of Fife.

Today, Dunbar Castle stands in ruins, having been plundered for its stones as building material, just as Berkhamsted was. The battlefield at Dunbar is now agricultural land.