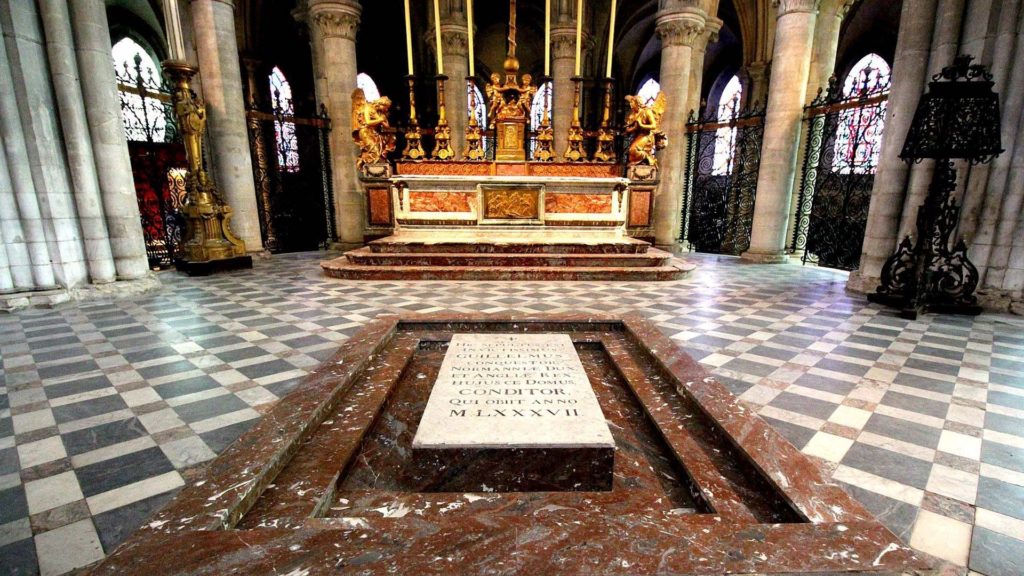 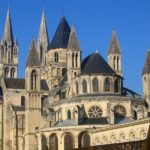 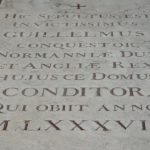 Berkhamsted Castle owes its origins to William the Conqueror, who in 1066, accepted the surrender of Saxon nobles at Berkhamsted and ordered a castle to be built. William was crowned king and ruled England until his death in Normandy in 1087.

The body of William the Conqueror was sent to Caen to be buried in the Abbey of Saint-Étienne (the Abbaye aux Hommes). It is said that funeral attendants botched the burial by trying to force William’s body into a small tomb, causing his corpse to burst open and fill the church with a foul odour.

William’s tomb was disturbed several times, including acts of desecration in 1562 during the French Wars of Religion and during the French Revolution. William’s bones have all been lost, with the exception of one thigh bone. The tomb is now marked by a marble slab dating from the 19th century.

The inscription on William’s tomb reads:

Here is buried the invincible William the Conqueror, Duke of Normandy and King of England, the founder of this house, who died in the year 1087