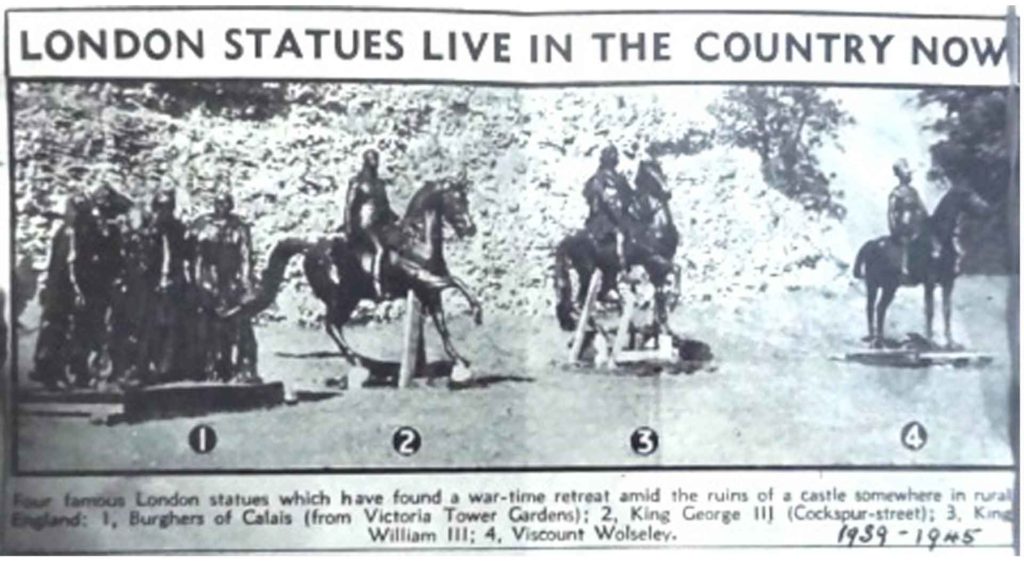 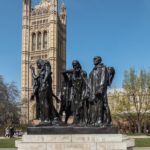 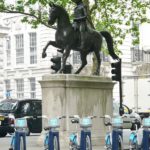 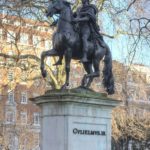 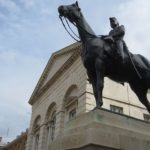 Play video
Video: newsreel footage from "Worker and War-Front Magazine" (1943) of workmen taking the train from London Euston to clean the statues at Berkhamsted Castle

During World War II, many art treasures were removed from Britain’s cities to protect them from destruction during enemy bombing, including public art such as statues.

Four famous statues were secretly moved from London to an undisclosed location, “amid the ruins of a castle somewhere in rural England”. Their evacuation appeared in newspaper reports and featured in a light-hearted, morale-boosting newsreel, Worker and War-Front Magazine, which showed four workmen taking a train from London Euston to the country to clean statues hidden inside a castle.

Secrecy was a priority on the Home Front in order to prevent any information spreading that might undermine the war effort. The principle that “Careless Talk Costs Lives” extended even to the evacuation of the nation’s statues. We can now reveal that the secret location was in fact Berkhamsted Castle.

In peacetime, the statues were returned to London and can be seen today at their original locations:

Play video
Video: newsreel footage from "Worker and War-Front Magazine" (1943) of workmen taking the train from London Euston to clean the statues at Berkhamsted Castle