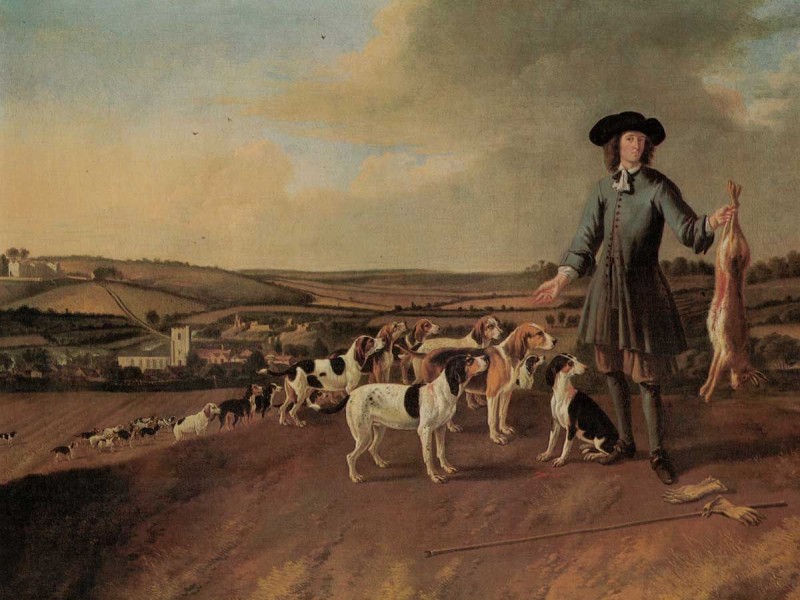 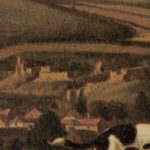 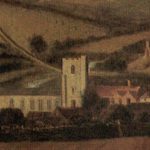 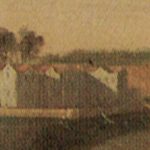 In about 1680, the Dutch baroque painter, Jan Wyck (1645 – 1702) came to Berkhamsted and painted a picture entitled “A Huntsman Coursing with a Pack of Hounds above Berkhamsted, Hertfordshire”. Painted in oil on canvas, and measuring 99cm by 114.5cm (39in by 45in), the view depicted looks from the hill down towards the town of Berkhamsted, with the parish church of St. Peter’s and ruins of Berkhamsted Castle lying to the right above the river Bulbourne. Berkhamsted Place, constructed using stone taken from the Castle, is visible on the left edge of the canvas.

This painting is highly significant as it is the earliest known contemporaneous picture of Berkhamsted Castle. Most importantly, in the view of Berkhamsted Castle we can make out the remains of the barbican gate house. Nearly 160 years after this landscape was painted, the barbican was demolished during construction works by the London and Birmingham Railway Company. This painting offers a unique — if slightly romanticised — snapshot of the Castle ruins at a midpoint between the death of its last occupant, Cecily Neville, and the destruction wreaked by the Industrial Revolution.

The painting was most probably commissioned by the Wethered family, whose seat was at Ashlyn’s Hall, from where the picture was probably painted. Wyck, who was John Wootton’s master, was the most influential and popular sporting painter in England in the second half of the seventeenth century, and George Vertue later recorded that “His Hunting Pieces are in grate Esteem among our Country-Gentry, for whom he often drew Horses and Dogs by the life.” The highly detailed topographical view in this painting may be compared with the artist’s view of Whitehaven in the Cavendish collection at Holker Hall. The Berkhamsted painting was sold at auction by Sotheby’s in March 1986 for £290,000.

What can we see in the painting? 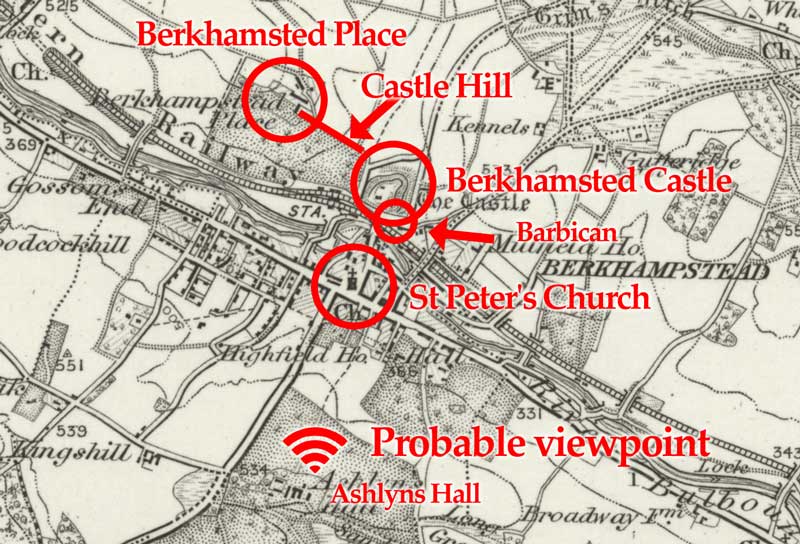 Landmarks visible in Jan Wyck’s 1680 painting (shown on an 1865 OS map of Berkhamsted
© National Library of Scotland licenced under Creative Commons CC BY 4.0)