Home > History > Personalities of the Past > Biography: Queen Ælfgifu 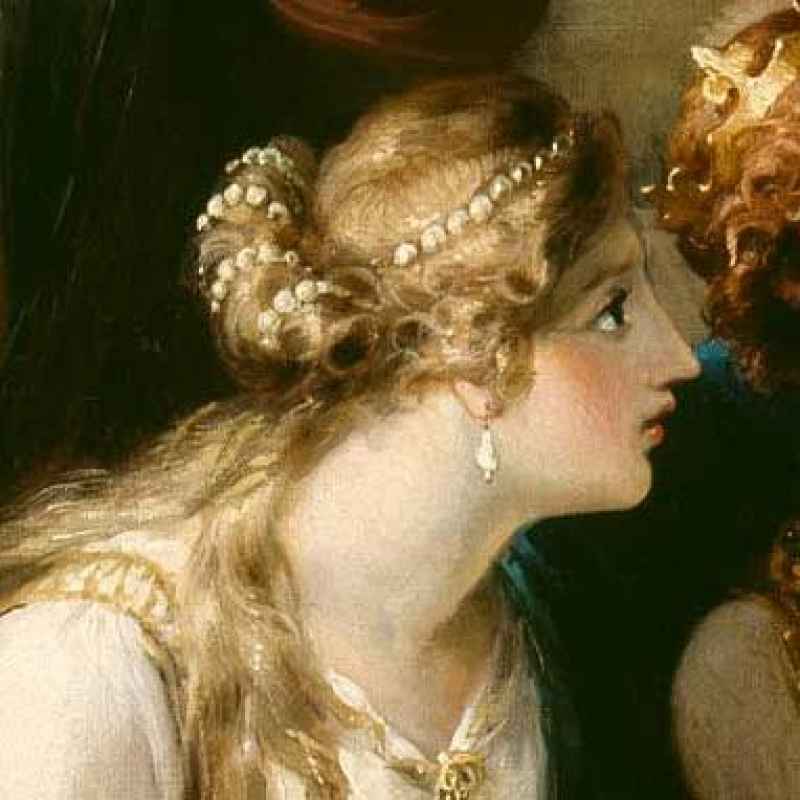 The origins of Berkhamsted Castle are closely associated with the Norman Conquest of 1066, but little is known of the settlement that existed here prior to Norman rule. An ancient document from the 10th century offers some clues to the significance of Berkhamsted in Saxon England.

Ælfgifu (who died in 970) was queen consort of King Eadwig of England (who reigned between 955 and 959). The earliest written reference to Berkhamsted is to be found in the will of Queen Ælfgifu, now held in the British Library.

In this document, Ælfgifu bequeathed large estates in five counties, including the manor of Berkhamsted. The beneficiaries are named as Ælfweard and Æthelweard (thought to be her brothers), and her sister Ælfwaru.

The fact that Berkhamsted had royal connections before the Norman conquest may perhaps be another reason why the English nobles chose Berkhamsted as the location for their surrender to William, Duke of Normandy, in early December 1066.

This is Ælfgifu’s request of her royal lord; she prays him for the love of God and for the sake of his royal dignity, that she may be entitled to make her will. Then she makes known to you, Sire, by your consent what she wishes to give to God’s church for you and for your soul. First, she grants to the Old Minster, where she intends her body to be buried, the estate at Risborough just as it stands, except that, with your consent, she wishes that at each village every penally enslaved man who was subject to her shall be freed’ and [she grants] two hundred mancuses of gold to that minster and her shrine with her relics. And she grants to the New Minster the estate at Bledlow, and a hundred mancuses of gold; and a paten to the Nunnery and the estate at Whaddon to Christ and St Mary at Romsey; and Chesham to Abingdon, and Wickham to Bath. And I grant to my royal lord the estates at Wing, Linslade, Haversham, Hatfield, Masworth and Gussage; and two armlets, each of a hundred and twenty mancuses, and a drinking-cup and six horses and as many shields and spears. And to the Ætheling the estate at Newnham and an armlet of thirty mancuses. And to the queen a necklace of a hundred and twenty mancuses and an armlet of thirty mancuses, and a drinking-cup. And I grant to Bishop Æthelwold the estate at Tæafersceat and pray him that he will always intercede for my mother and for me. And with my lord’s permission I grant the estates at Mongewell and Berkhampstead to Ælfweard and Æthelweard and Ælfwaru in common for their lifetime, and after their death to the Old Minster for my royal lord and for me. And they are to pay a two-days’ food-rent every year to the two minsters, as long as they possess the estates. And to my sister Ælfwaru I grant all that I have lent her; and to my brother’s wife Æthelflæd the headband which I have lent her. And to each abbot five pounds of pence for the repair of their minster. And, Sire, with your consent, [I wish] that I may entrust the surplus to the Bishop and the Abbot for the repair of the foundation, and for them to distribute for me among poor men according as seems to them most profitable for me in God’s sight. And I beseech my royal lord for the love of God, that he will not desert my men who seek his protection and are worthy of him. And I grant to Ælfweard a drinking-cup and to Æthelweard an ornamented drinking-horn.

A century after Queen Ælfgifu’s death, a woman of unknown identity named Ælfgyva appears on the Bayeux Tapestry, shown next to a priest who seems to touch or strike her face. This is not Queen Ælfgifu, however; Ælfgifu (meaning “elf-gift”) was a popular Anglo-Saxon woman’s name at the time, and the woman in the tapestry is thought to be a younger sister of King Harold who may have been promised to William by Harold.

A Latinised form of Ælfgifu is Elgiva, a name that has been given to a present-day theatre in nearby Chesham.